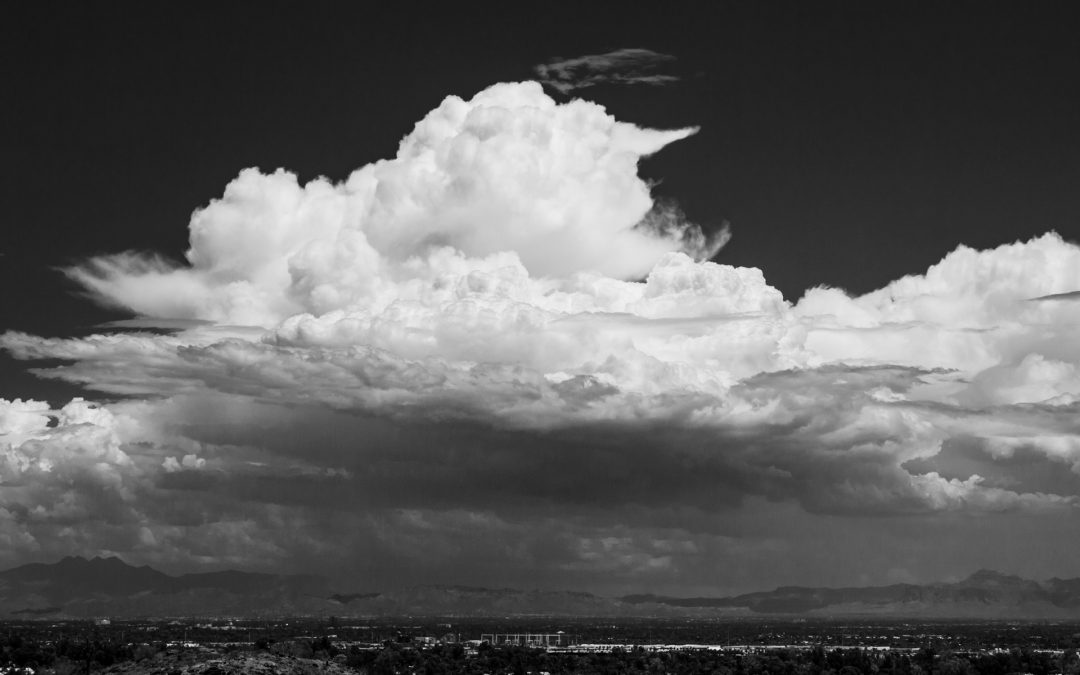 This post features some of my favorite monochrome images of Arizona monsoon storms.  The featured image above looks east from South Mountain and was captured on July 22, 2012.  Four Peaks is visible in the distance on the left and the Superstition Mountains on the right.

The following photograph looks east from Central Avenue in Coolidge, Arizona and was taken on August 22, 2009. 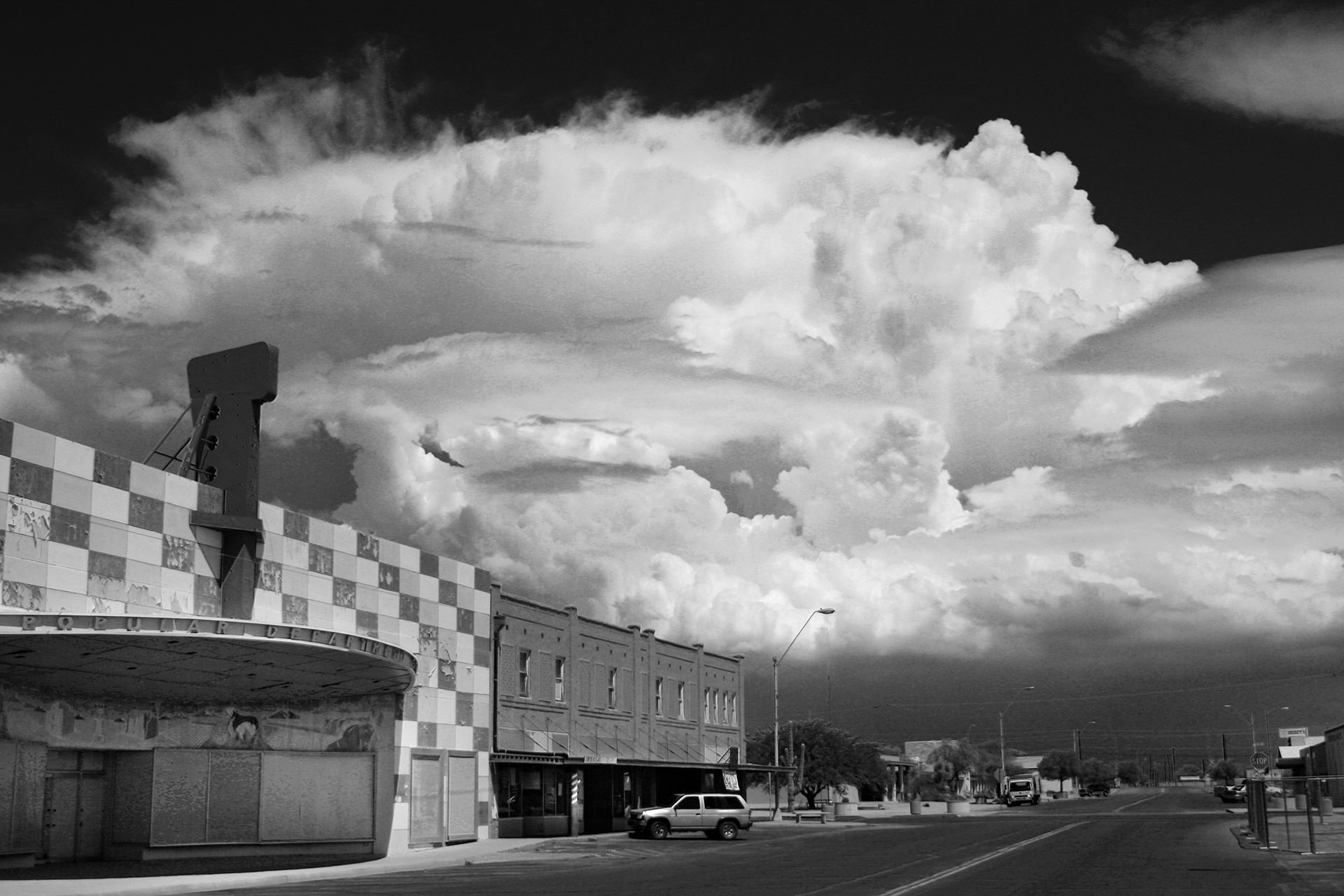