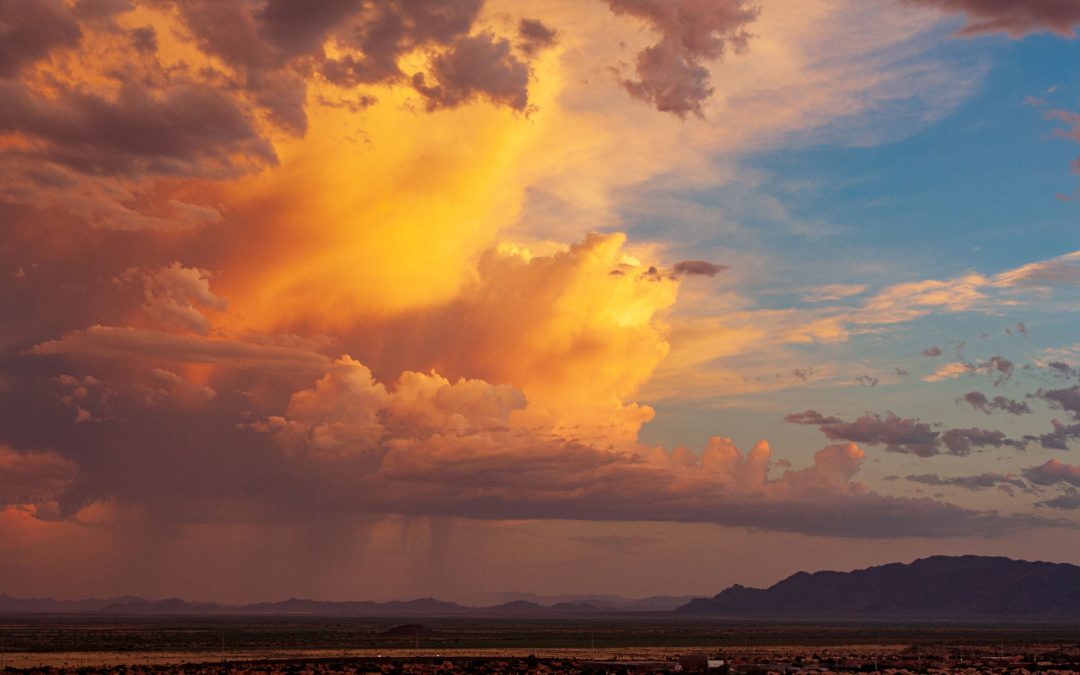 Similar to last year, the Arizona monsoon arrived late.  Based on the old dew point rule (3 consecutive days with an average dew point above 55°), it started on July 22nd.  After four days of storm activity in the Phoenix area, it then quickly went on hiatus.

Fortunately, I was able to take some photographs and enjoy the views from a hill near Ray Road and 44th Street in Ahwatukee (a Phoenix suburb).

The featured image above was taken on Tuesday, July 21st.  On the following Thursday, the storms had mostly died out by sunset, leaving only high altitude remnants to alight the evening sky. 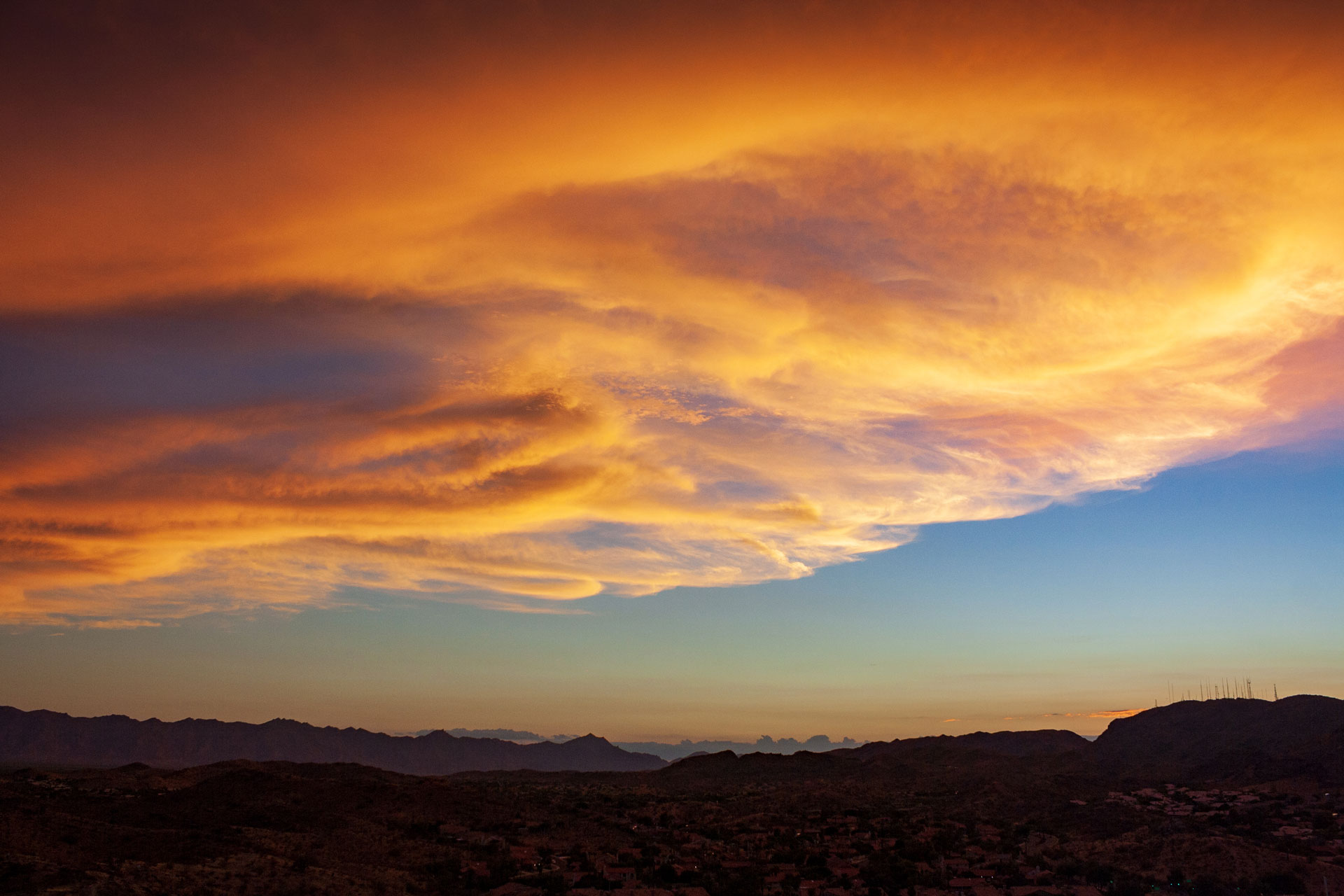 Monsoon action returned to the Phoenix metro area on August 11th.  Outflow from dying storms to the south generated a wall of dust which reached the Valley at dusk. 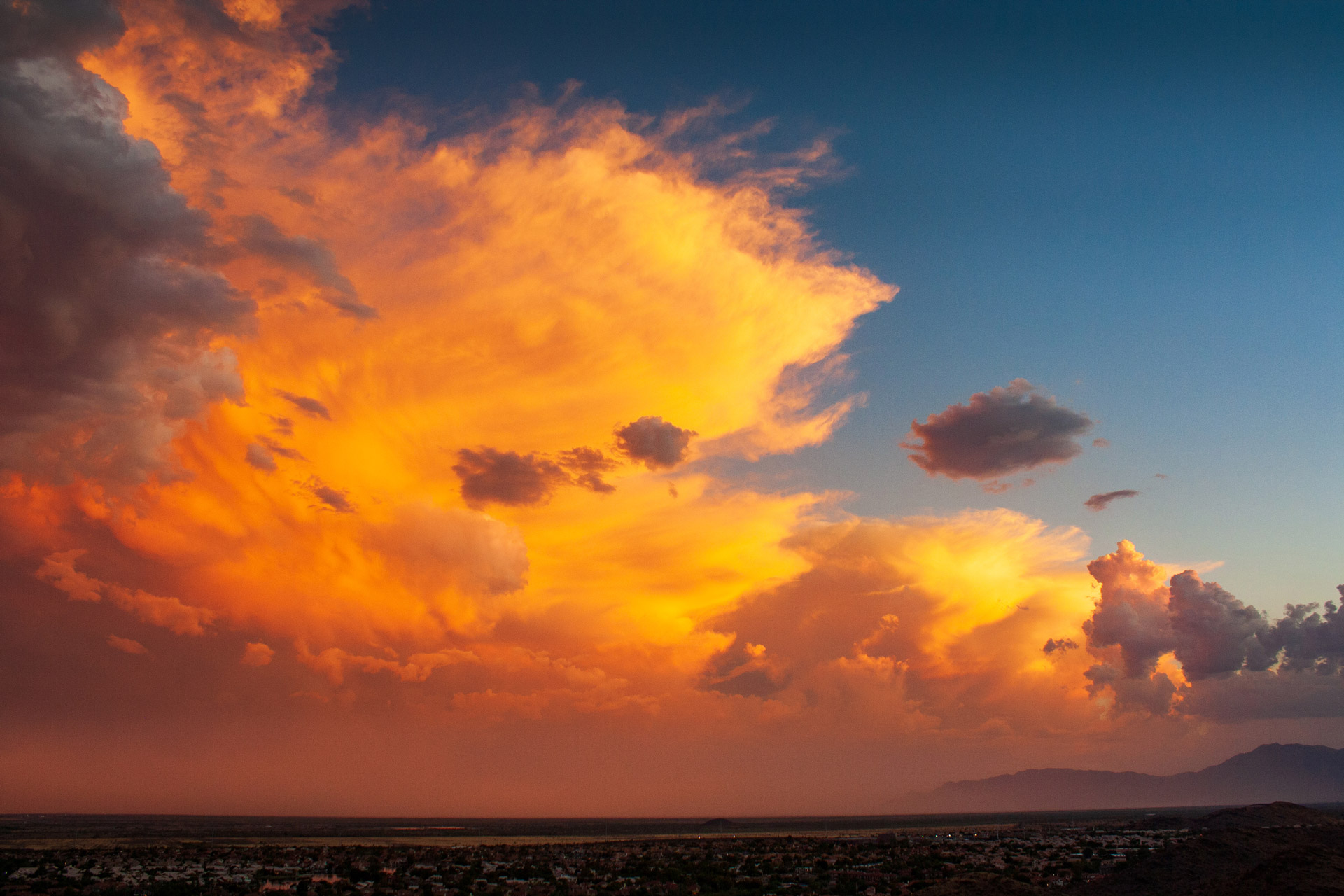 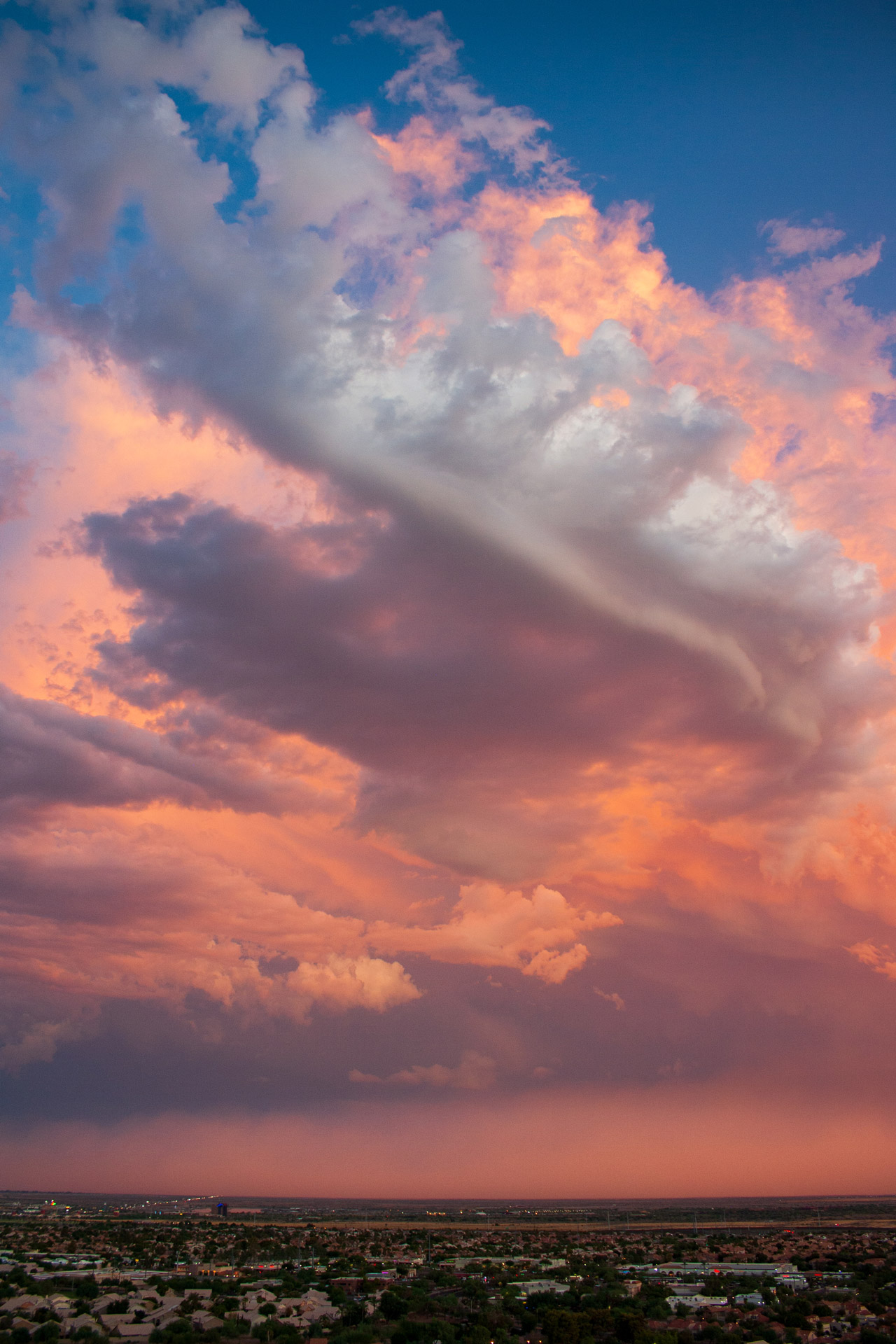 The first (and only) significant dust storm of the season materialized on Sunday, August 16th and it put on a great show. 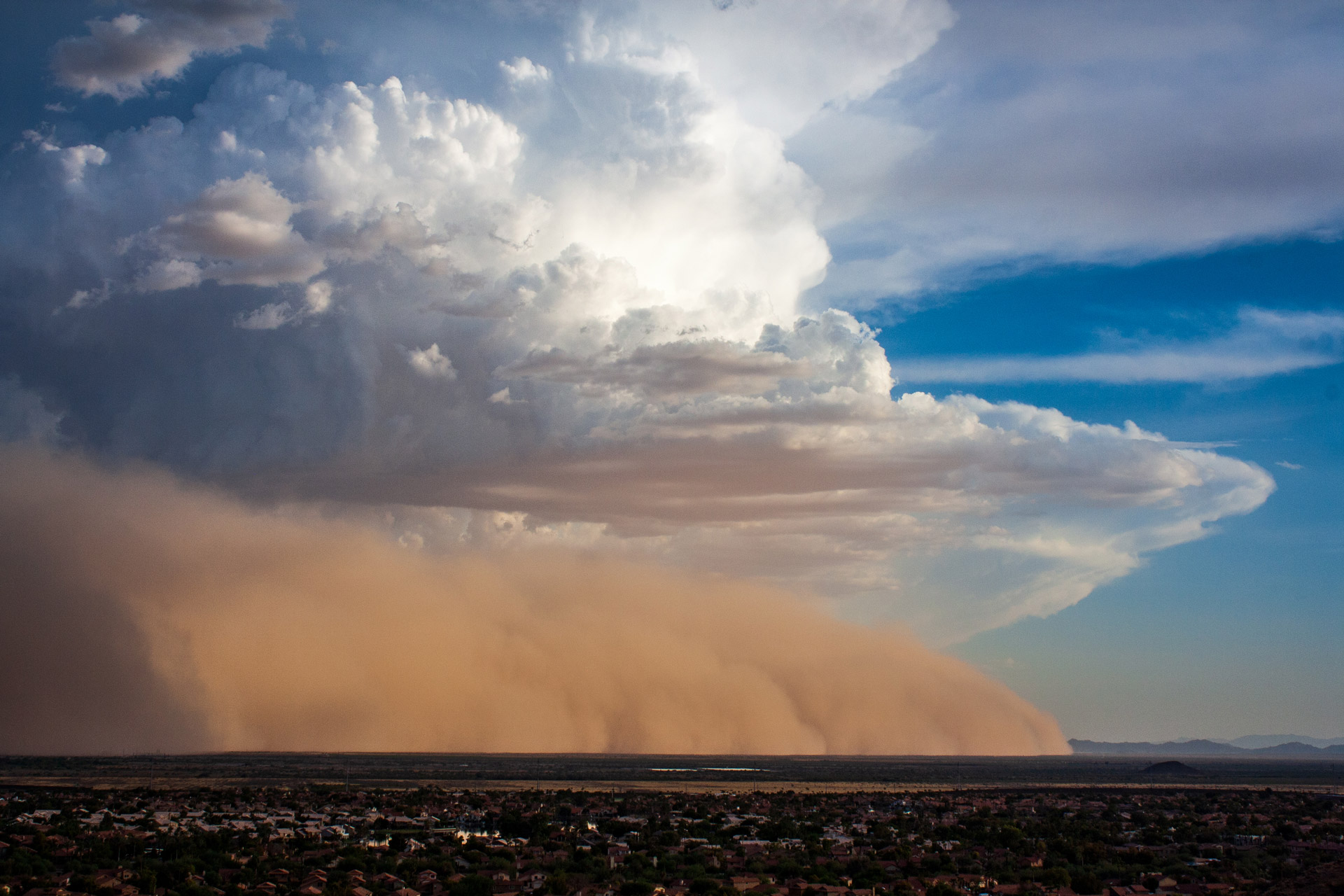 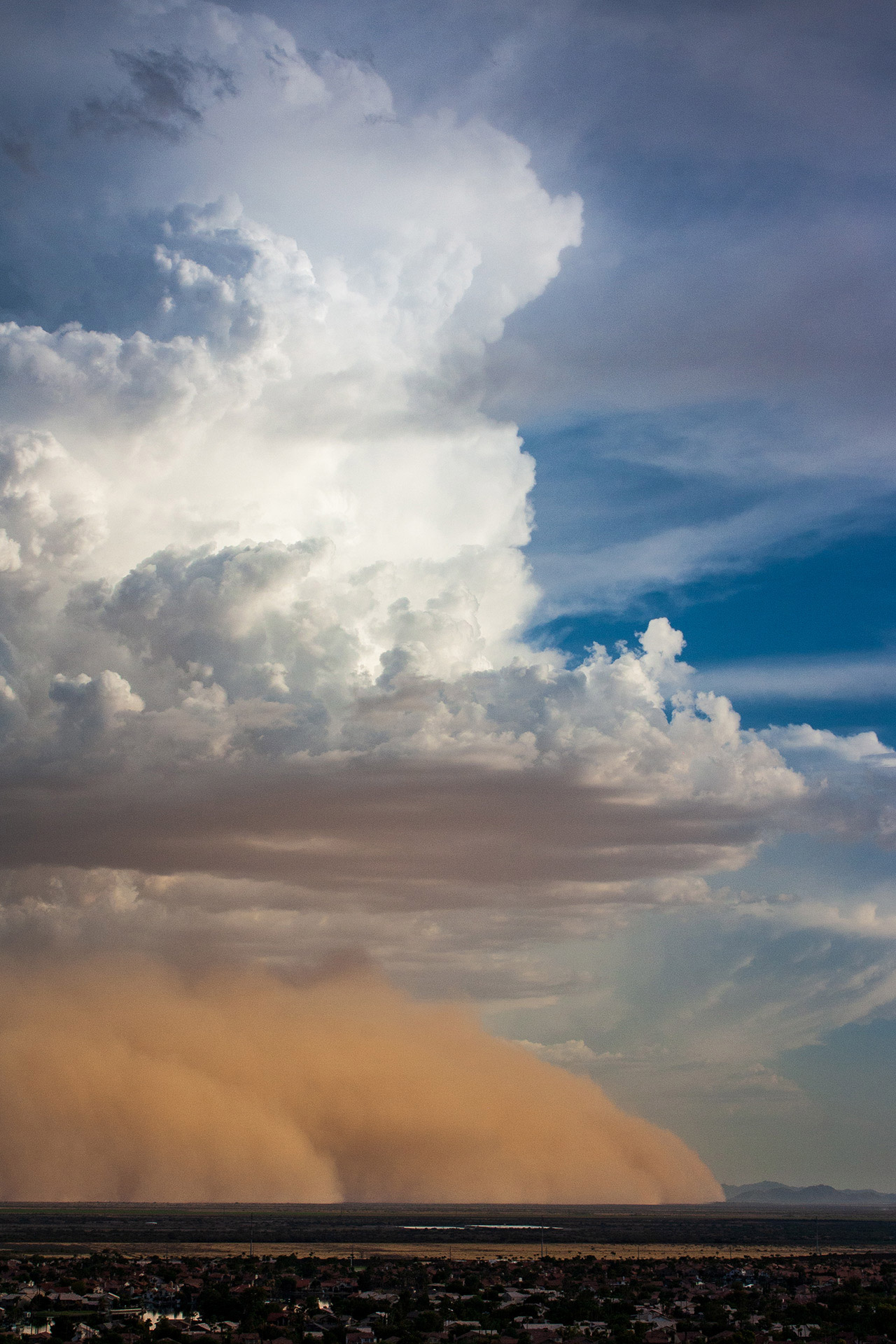 The next day, storms arrived from the northeast and I captured this lightning bolt at sunset before being chased off the hill by outflow winds and darkness. 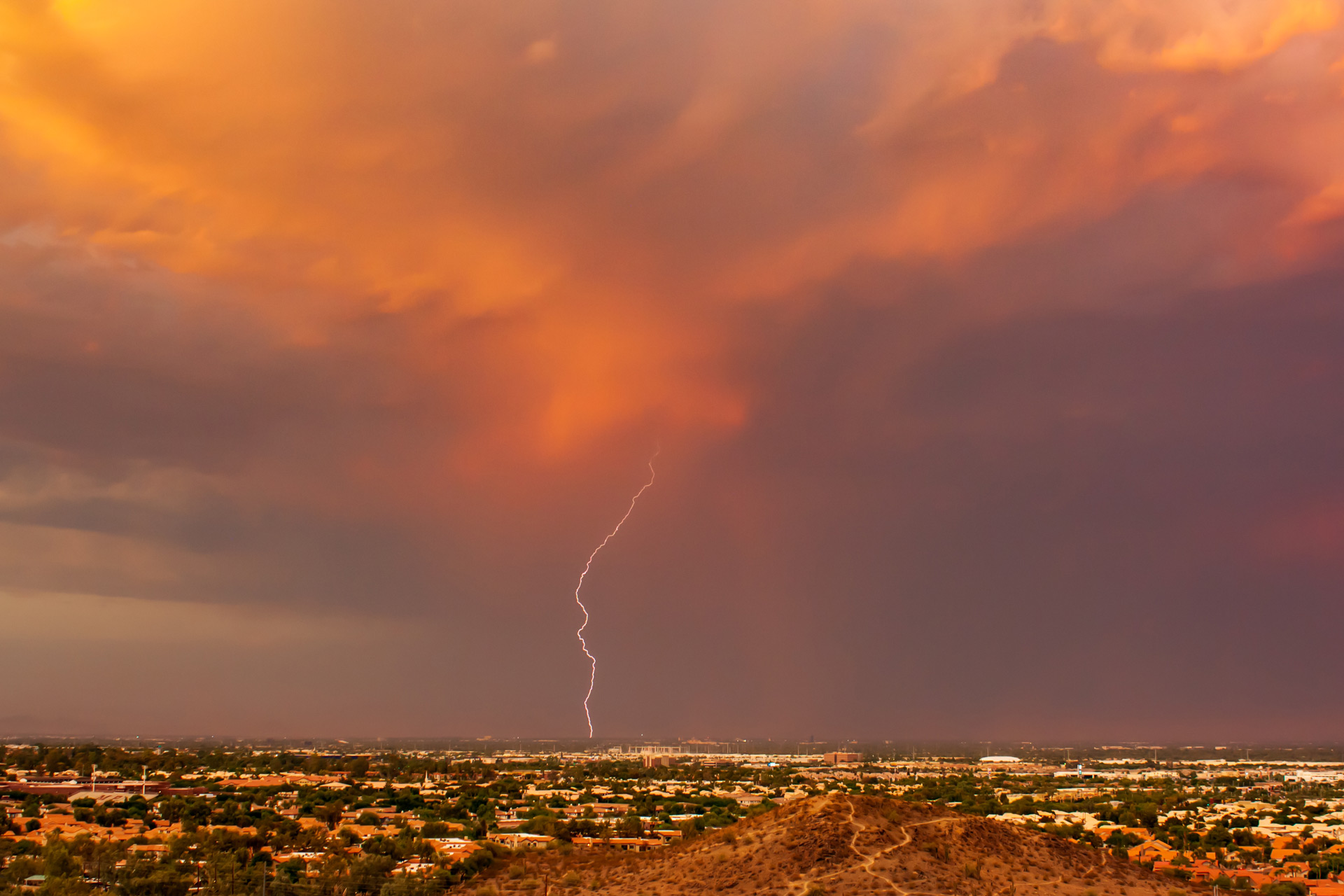 On August 29th, this beautiful west side thunderstorm marked an end for the most part to monsoonal storm activity in the Phoenix metro area. 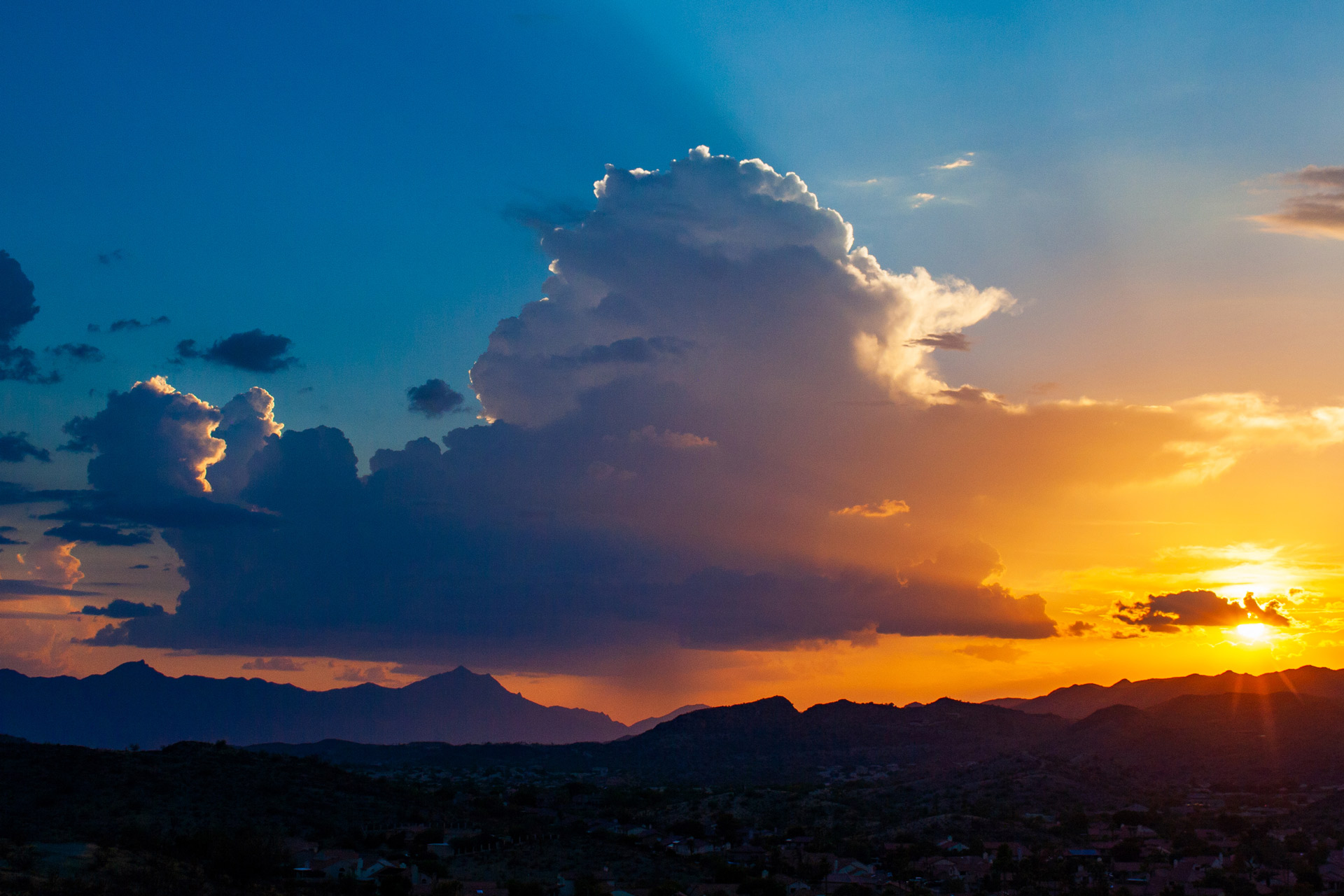 It was a highly unusual summer in Phoenix.  The weather pattern typical for June (usually the precurser of monsoonal activity), lasted throughout the summer and resulted in both the hottest summer on record and one of the driest.  There have been a record 53 days of high temperatures of 110° or higher, far surpassing the previous record of 33 days.  Whew!